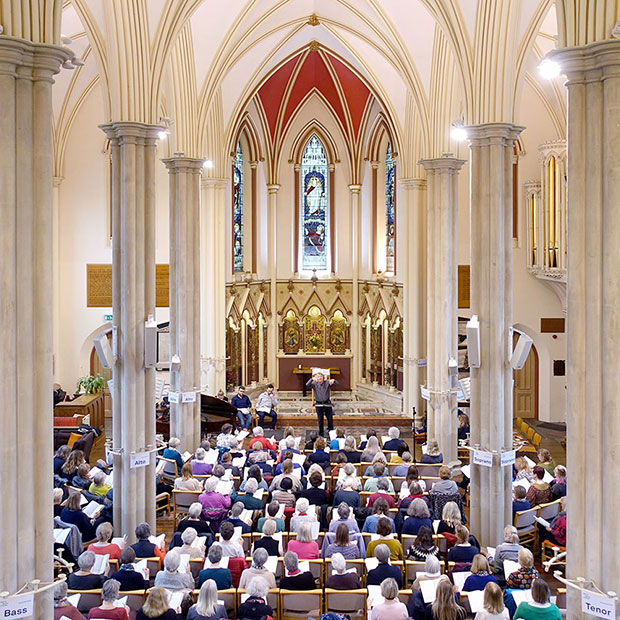 Our choral workshop on 25 September 2021 was a day of soul-stirring live music as we shone a spotlight on Brahms’ A German Requiem to study and sing together under the masterful direction of Nigel Perrin, accompanied by piano (Marcus Sealy) and soloists (Alice Leebetter soprano & James Berry baritone).

The work, which takes the German lyrics from Martin Luther’s bible rather than the Latin text of the Roman Catholic mass, was described by Clara Schumann as “an immense piece that takes hold of one’s whole being like very little else. The profound seriousness, combined with all the magic and poetry, has a wonderful, deeply moving and soothing effect.” Brahms himself called it “a human requiem”, weaving together themes of consolation for the living as well as ideas on the life to come.

The workshop took place at St Mary’s Church, Bathwick, with reduced numbers in order to keep everyone safe. It was great to see many of our regular guests, a number of whom had not had the chance to sing with their regular choirs since early last year.

It was a wonderful day of singing and camaraderie on Saturday 25 January, when over 200 participants came together at St Michael’s Without to study ‘the best opera that Verdi never wrote’. We chose Verdi’s Requiem for this year’s workshop because it’s a fantastic ‘sing’, with theatrical arias and huge choruses. Maestro Perrin directed the music with customary aplomb, expertly accompanied by Marcus Sealy who negotiated a breathtaking number of notes during the day; Di Shelley masterminded her famous raffle, the Verdi & Vino wine bar ran all day, and ‘MC’ Peter kept us all on schedule.
For the afternoon session and final sing-through we were joined by four professional soloists: Maria Danishvar-Brown soprano; Nina Alupii-Morton mezzo-soprano; Chris Why tenor; and James Berry baritone.


“
Just a quick note to thank you all for organising such a fun day. It was my first choral workshop with you and I was afraid I’d find it impossible but instead I felt encouraged by the support, direction and humour from Nigel and my surrounding choristers. I’m planning to be back next year! 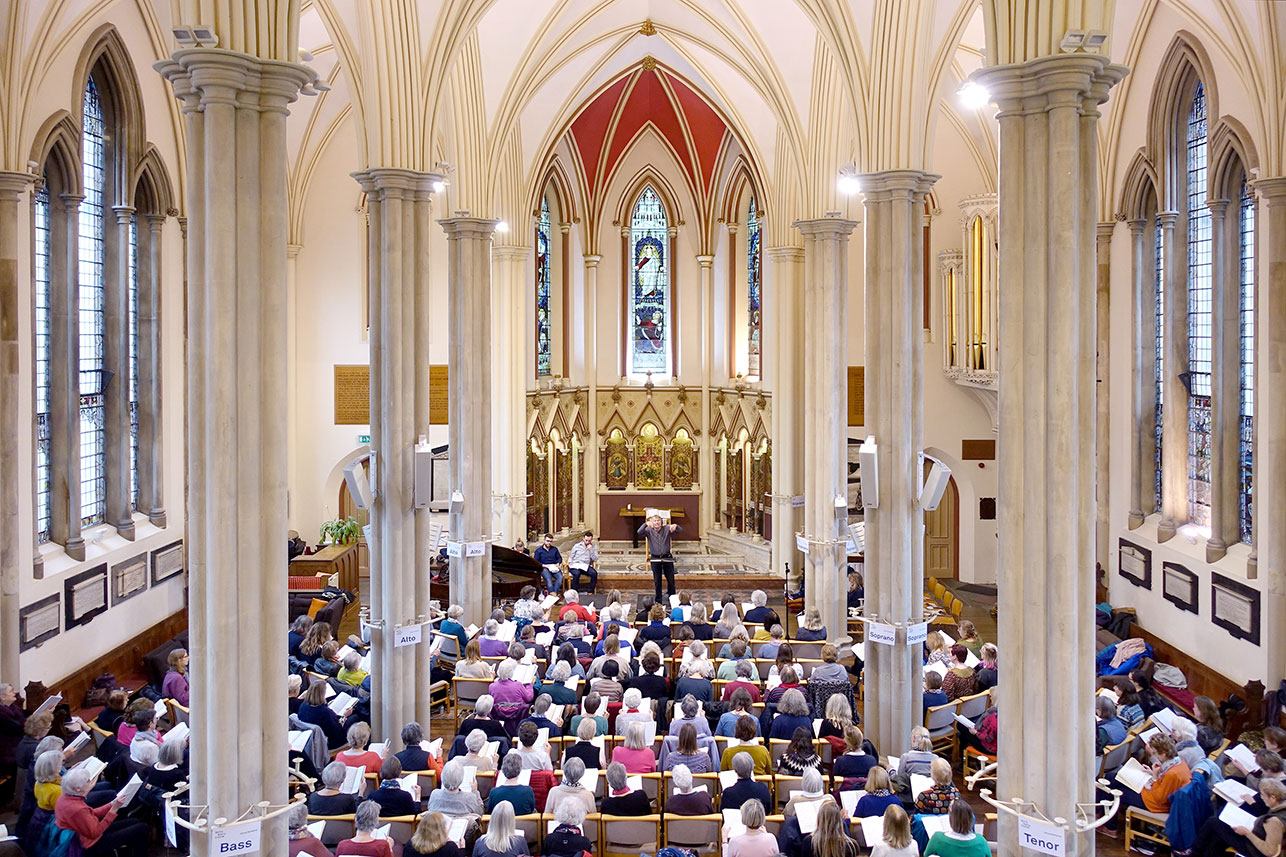 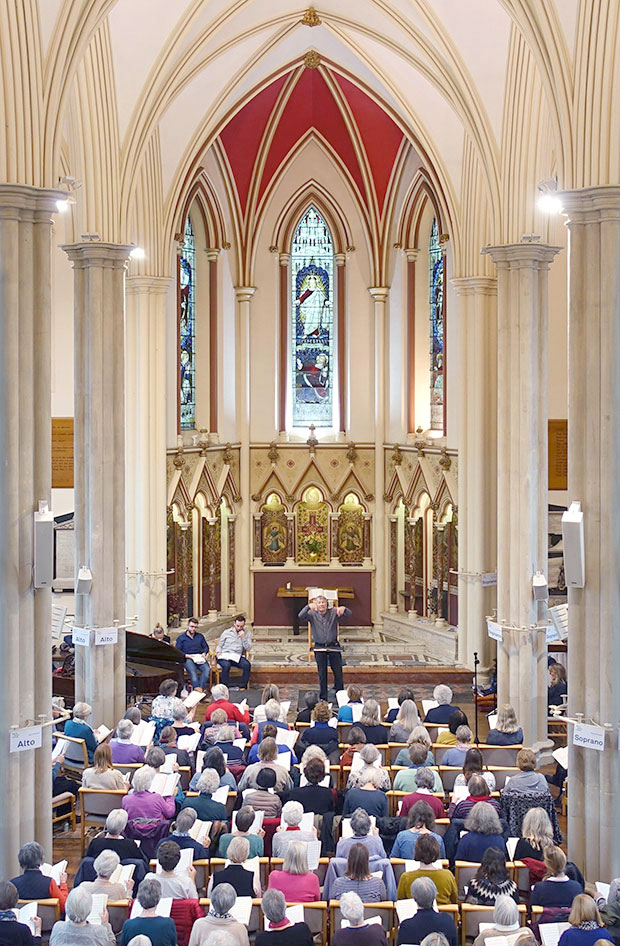 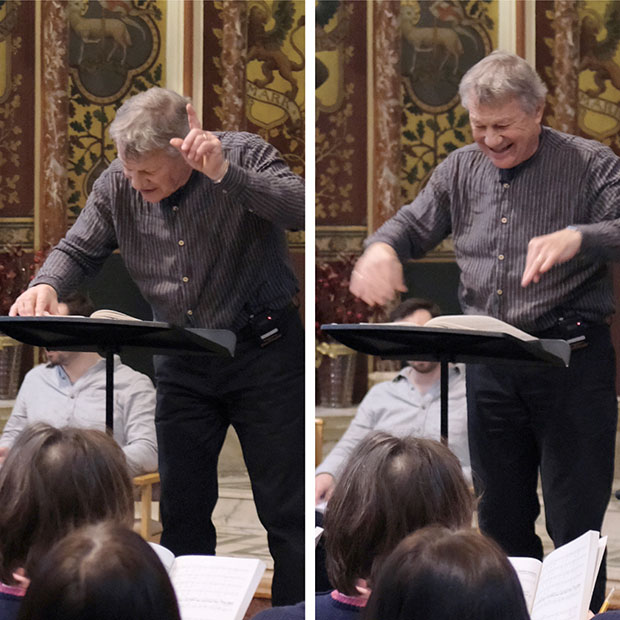 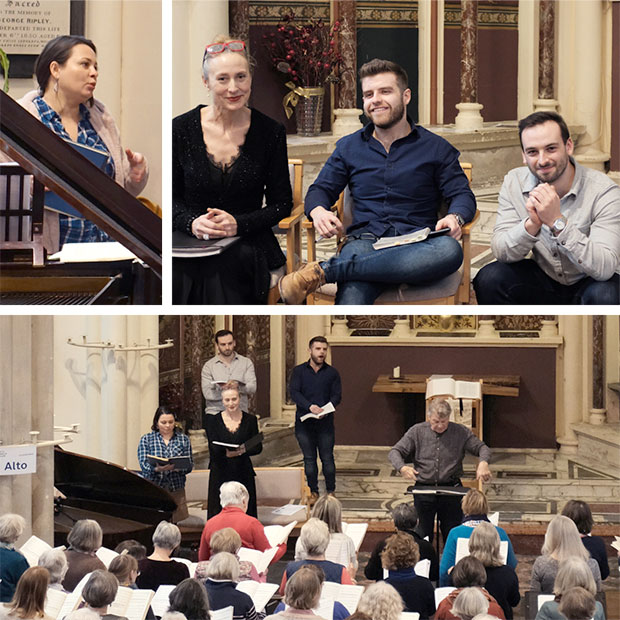 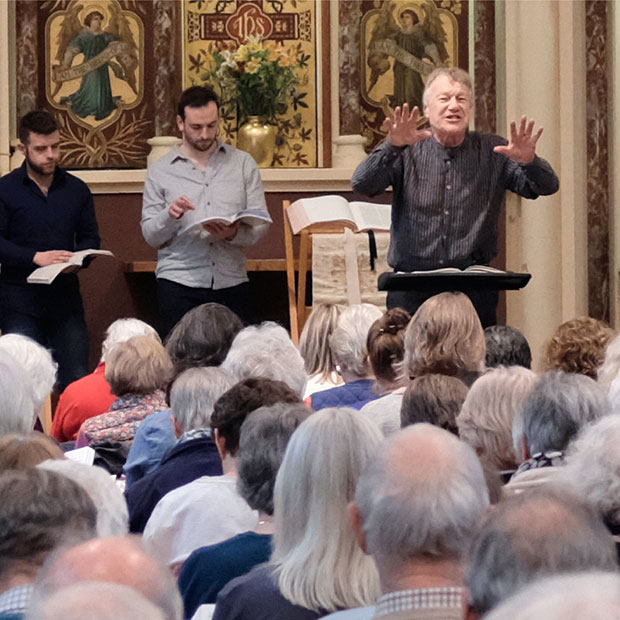 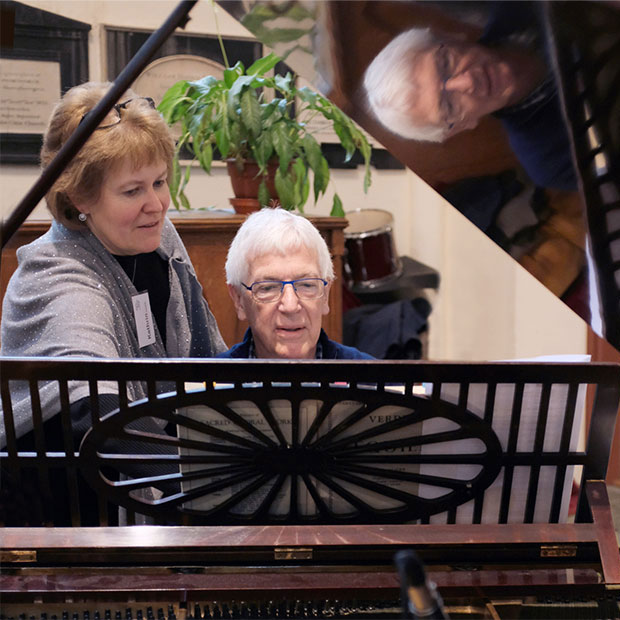 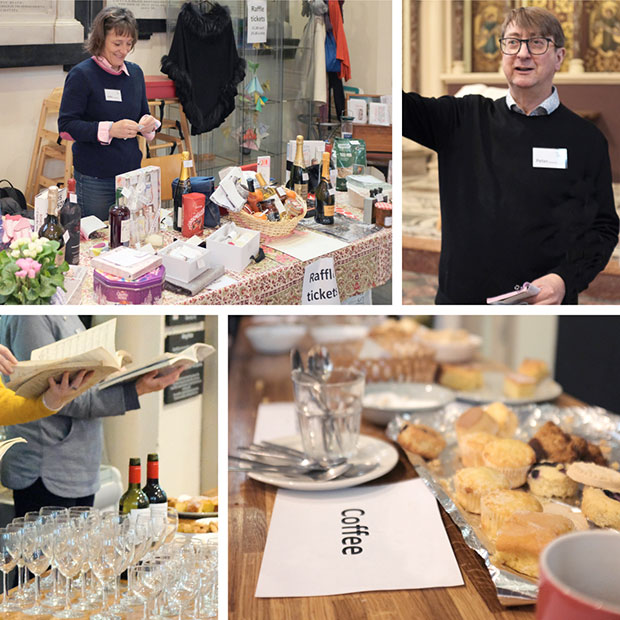